Paying the doctors as long as they keep you healthy

Does this ancient Chinese system hold the secret to the future of managed care?

Modern medicine is going through somewhat of a crisis of identity in the modern world. As the population ages, the need for medicine changes and the budgets and margins for the profession look tighter all the time. So much of modern medicine, however is still reactive. In most areas of life the phrase ‘prevention is better than the cure’ is accepted wisdom.Why doesn’t it happen more often in medicine, where the phrase originated? A new way of thinking may be needed to take medicine into the future.

If we look back to Chinese History of Medicine, then this concept was actually embedded into medical practice, rather than being used as a doctrine for patients to carry around with them. The fact that the Chinese people over the millennia have written down what they did rather than rely on an oral tradition gives us a great insight into many facets of their life. And in terms of medicine, the Chinese doctors traveled extensively across Asia and spread their practices as they went. Doctors had a strong understanding of the body and dealt with a wide range of illnesses. 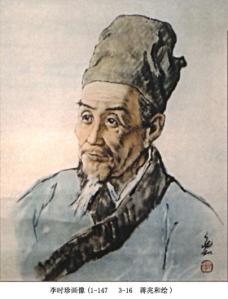 One such doctor was Li Shizhen. He was a proponent of Neo-Confucianism that helped people to live a healthy and happy life through Study, Self-awareness, Morality, Personal behavior, Meditation and Introspection

And as such, looking after your body, mind and soul were at the front and center of his way of thinking. So looking after your self was something that he thought about deeply and practiced during his time in the Imperial Medical Academy as a subordinate medical officer, in the Ming Dynasty. This was a high rank at the time and Shizhen looked at the role of the doctor in the overall health of the patient as something more important than a person to visit when things went wrong. His view was that the doctor should play a more integral role in the life of the people he or she was supposed to look after.

In China during the 16th Century, medicine was something that was carried out in return for payment. The doctor used to help the patient in return for money. But things changed around the time of Shizhen and he, along with other deep thinkers saw a reversal in the way that a doctor functioned would lead to better results.

The doctor would be paid as long as the patient was healthy.

If they went about their normal daily life free of pain and protected from disease then the doctor would receive their money. Think of it along the lines of a monthly retainer for a modern professional to look after your finances, for example. But if the patient became ill then the payment would stop. The doctor would still be under a contract to look after the patient, but they would not be paid again until the patient was healthy. This changed the view of medicine at the time as something that kept people well rather than cured any problems. So using the modern example from above, if your financial investments were not performing then your adviser wouldn’t be paid again until they resumed a positive growth. 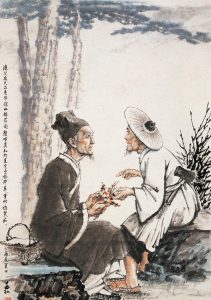 You can see how this might play out with managed care, as the medical professional would have to become more of an integral part of the life of their patients rather than have them drop in when they had an issue that needed to be resolved. It would change the focus from cure to prevention to general wellbeing.

Chinese medicine is given this kind of mythical status in the Western world as some strange alchemy that can cure everything but at the same time be something that they don’t trust 100%. But it is about far more than buying herbs, fungi and tea or the use of acupuncture. As you can see from the way that medicine developed in the time of Li Shizhen, the thought behind healthcare was as important as the practice. In many ways this is what we are lacking today. We develop new technologies and systems to help people in more diverse ways. The focus is often on the latest detection techniques or the most advanced treatment but all the time we are moving away from the core question – what is the mission of the doctor or a hospital or the field of medicine?

Chinese medicine was formed by a diverse range of influences that took it in the direction of caring about the whole being rather than the individual components of the body and the problems that they were facing at that point in time. It took lessons from Shamanism, Taoism and Buddhism. And as such looks to the practices that include the health of the patient in the body, the happiness of the patient in the mind and includes a religious aspect with the soul.

Modern Chinese medicine has taken some lessons from the way that techniques have developed in the rest of the world but have never let go of their founding tenets of acupuncture, herbal medicine, meditation, the diet and massage. The rest of the world has a lot to learn from this way of treating someone. Perhaps a return to doctors that are only paid when the patient is healthy is a way to realign the focus and produce a healthier, happier society.