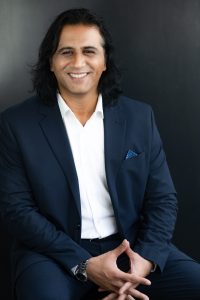 Ashwin Naik is an author and award-winning entrepreneur. He is widely invite as the go-to expert and keynote speaker on Affordable Healthcare Innovation, Scaling Social Impact and Wellbeing at Work.

He is the author of three books
1. The Healthcare Gamechangers, which profiles innovations around the world which have the potential to change the way healthcare is delivered
2. Change Starts Young, a book about young changemakers who are starting as early as 11 years young
3. Keep Calm & Lead On, a short guide to keeping your calm when the world around you  is falling apart

He started his career in a team tasked with decoding the human genome as part of Celera Genomics in the United States.

He obtained a Medical Degree from Karnataka Institute of Medical Sciences and a Master’s degree from the University of Houston.

Ashwin has been recognized as a Economic Times Leaders under 40, Young Global Leader (YGL) 2012 By World Economic Forum, Young Leader by Asia Society Asia21 in 2011, Senior Ashoka Fellow in 2010, Finalist for the India Social Entrepreneur of the Year Award 2010 by Schwab Foundation, Ted India fellow for 2009. Dare Magazine India in its April 2011 edition profiled Ashwin as 50 inspiring Entrepreneurs of India.