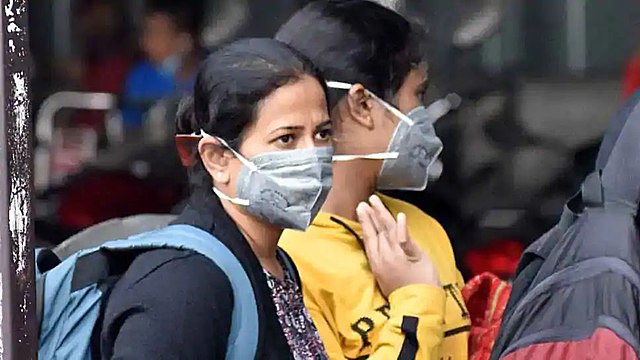 India witnessed the largest containment experiment in history, when – on 25 March – its 1.3 billion citizens battened down their hatches in an attempt to flatten the COVID-19 curve. The lockdown may now be ending but – as is happening across the globe – a new epidemic is now emerging. According to a survey conducted by the Indian Psychiatry Society, within a week of the start of the lockdown, the number of reported cases of mental illness in India had risen by 20%.
In the weeks and months ahead, India will suffer from a massive mental health crisis due to unemployment, alcohol abuse, economic hardship, domestic violence and indebtedness. While this will affect most of the population it will disproportionately affect the poor, most vulnerable and marginalized groups.

“At-risk populations include the 150 million with pre-existing mental health issues, Covid-19 survivors, frontline medical workers, young people, differently abled people, women, workers in the unorganized sector, and the elderly,” says Nelson Vinod Moses, a leading suicide prevention advocate in India.
When we launched a volunteer mental health support helpline – Let’s Talk – in early April, we knew we needed as many resources as possible to support existing efforts led by state governments and other civil society organizations. Based on our experience fielding calls from people in distress, we believe India’s already overburdened mental health machinery will be unable to handle this unfolding situation, and will need to leverage the power of communities with locally devised, evidence-based solutions. Here are three:
1. Destigmatization: COVID-19 has created a great deal of stigma mainly through a lack of awareness about how the disease spreads and how it attacks the human body. In many cities, healthcare workers, who are treating COVID-19 patients during the day, have been forcefully evicted from their homes out of fear that they may be bringing the virus back at night. People who tested positive are being shunned in apartment complexes by their resident associations.
The entire social distancing narrative has to be rebuilt. It’s encouraging to see how some early COVID-19 survivors turned to social media to share their experiences in order to build confidence amongst others. Maybe there is an opportunity to train the more than 19,000 Indians who have now recovered, and to turn them into COVID-19 champions – equipping them to serve as buddies for people who are now feared to be positive or are under suspicion. These champions, having experienced the stress first-hand and having recovered, are the right people to lead this change.
2. Community infrastructure for support: Even with a team of more than 300 volunteers at Let’s Talk, we are acutely aware that it is impossible for us to provide long-term support to the community. Neither can India’s formal mental health system, which has a limited number of specialists; 9,000 psychiatrists for 1.3 billion people. Shekar Saxena, former firector of the WHO’s Mental Health Division, has said: “Mental health systems have always been very scanty in India and during this time, the gap between what is needed and what is available has widened markedly.”
The real need is to build community-based capacity in order to handle local issues long after the acute phase of the epidemic. A small team of peer counslelors working under a local administrator and trained on established models – such as Dr. Vikram Patel’s Sangath or the Atmiyata model by Centre for Mental Health Law and Policy (CMHLP) – might be the way forward. This will require a close partnership between civil society, local administration, and a standardized training and technology backbone, if it is to deliver consistent quality support. Local anchors will build accountability and ownership, and contextualize it for their own surroundings. Unless the community is empowered to take care of itself, we are staring at an ever-growing shadow of mental distress which will last much longer than the pandemic.
3. Building resilience amongst adolescents and young children. With schools closed for the past eight weeks, 253 million adolescents in India are in limbo, stuck with families unsure about their financial future, a lack of personal space, and most importantly separated from their friends. They are exposed to widespread fear fuelled by the rapid spread of the virus, compounded by constant news chatter about death and disease which creates uncertainty and apprehension about their loved ones. Many of the community support systems outside of the families have become unavailable, particularly for young girls, and domestic violence is on the rise. For an entire generation to grow up in these conditions, with no clear answers for the foreseeable future, is unprecedented and will have a significant impact on their worldview.
For adolescents, it is reset time. It is time to build mental wellbeing and resilience into schools, the community, and their families. We need a systemic approach to build the demand for mental wellbeing, just as we broadly introduced sports into schools in the late 1990s. The Indian government’s Rashtriya Kishor Swasthya Karyakram (National Adolescent Health) programme has been reconfigured to go beyond its initial remit of sexual and reproductive health. Since February this year, the programme’s focus has been updated to include outreach by counsellors, facility-based counselling, social and behavioural change.
While we try to manage the urgent task at hand – containing the virus – the long-term wellbeing of adolescents might fall by the wayside. But to let it do so would be a devastating mistake. As UNICEF has put it: “The stakes could not be higher. If not adequately or appropriately addressed, the mental health consequences for a generation of children and young people could far surpass the immediate health and economic impact of the COVID-19 pandemic, leaving long-term social and economic consequences in its wake.”
Share
License and Republishing

The views expressed in this article are those of the author alone and not the World Economic Forum.