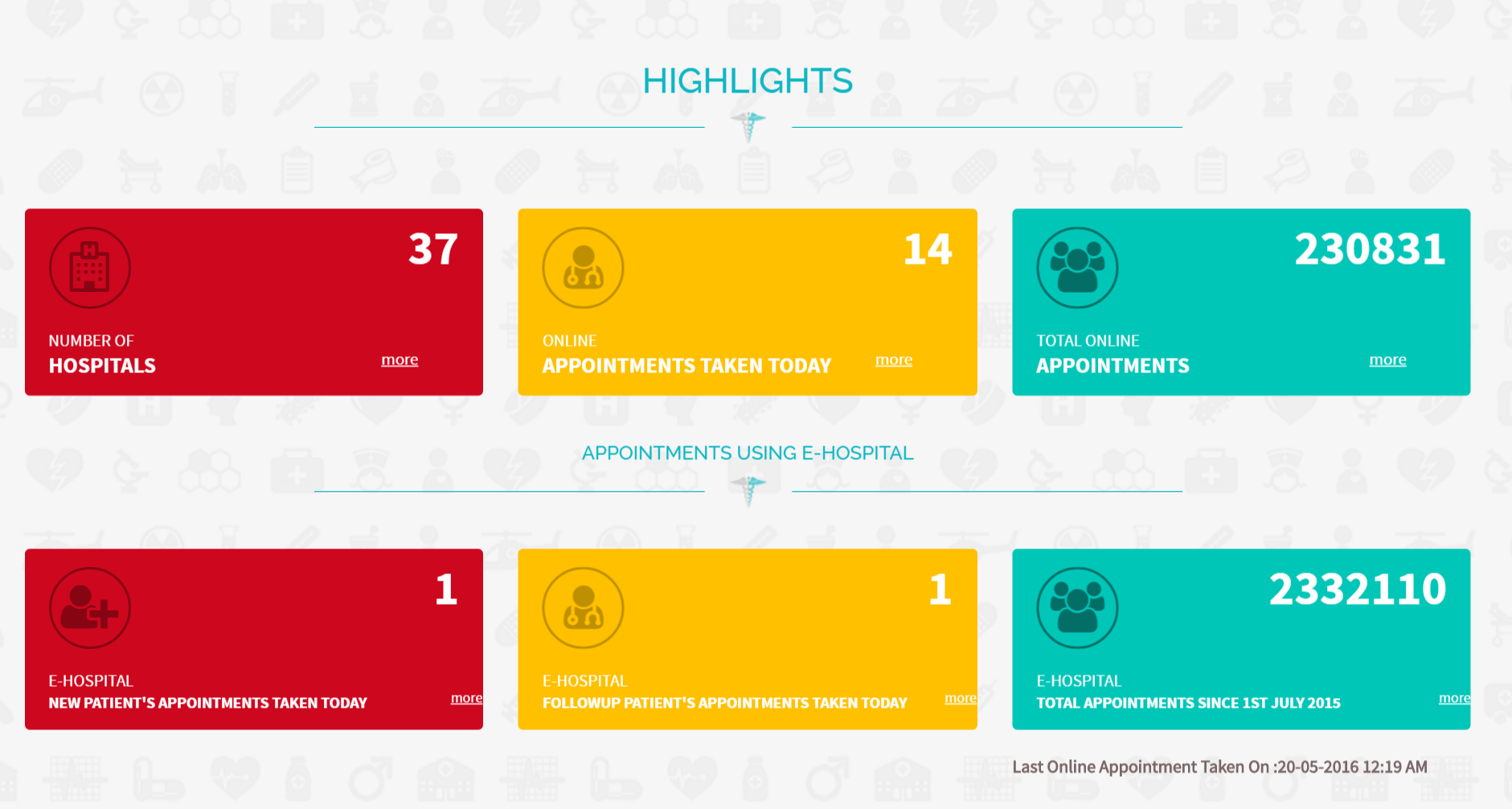 + has a mobile app. And portal to check availability of blood in the hospitals

First – how this works

If the patient provides Aadhaar number on his first visit to the hospital then he would be given same preference for online appointment as is given to the patient who stands in queue in the hospital and UHID will be provided to the patient. In future, patient would be able to print E-OPD card after making online payment.

If patient is a follow up patient with hospital, then also he should try to link his Aadhaar with existing UHID which will facilitate in maintaining Electronic Health Record (EHR) in the hospital for better treatment.

Patient’s UHID get linked to Aadhaar card so that EHR across the Hospitals can also be facilitated in future.

In case patient has aadhaar number but mobile number is not registered with it, then name of the patient appearing in aadhaar card must be known. After verification, patient needs to enter other personal details.

While this is a great technology and adoption achievement, i am excited that this has an even more incredible impact – transparency!
If every government hospital data on appointment available and booked is captured in a single system along with reports from lab and pharmacy – boom – everything is out in the open. Doctors who dont show up as per their appointment are up for scrutiny, medicines prescribed if not in the pharmacy show up, lab test which should have been done in house – now being diverted to private labs – stick out like sore thumb.
And that’s why i think this is a really big big big big deal.