Not without my coach 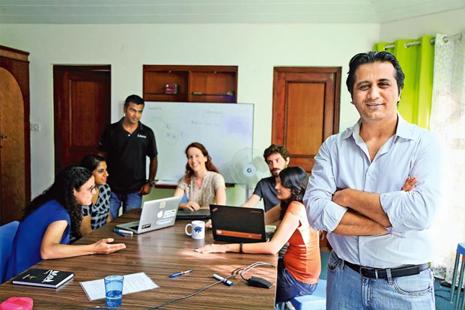 In April, Ashwin Naik, co-founder and director of Bengaluru-based Vaatsalya Healthcare, moved away from his executive role as the company’s CEO. He had co-founded Vaatsalya, an award-winning chain of affordable hospitals in under-served tier-2 and tier-3 towns, 10 years ago with fellow doctor V. Hiremath.
Naik, 42, has now become a full-time resident fellow at Ashoka, which describes itself as one of the world’s largest network of social entrepreneurs, as well as an angel investor in DisruptHealth, a preventive health start-up in Bengaluru. Giving up managerial control of a venture he had built from scratch is the entrepreneurial version of a Rubicon crossing; he needed help to think it through and act on it.
In the middle of 2013, he reached out to Renee Freedman of SupporTED, a group that provides pro-bono coaching to TED (a gathering of equals discussing ideas worth spreading) fellows such as he. “I wrote to her saying I was at a stage when I wanted to explore something new, and I needed to work on both building my leadership capabilities as well as building a team at Vaatsalya that could lead the company. I thought a coach would really help me.”