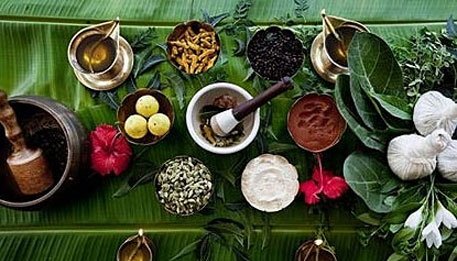 On Friday, the 13th of May, India committed close to a million dollars to help create a benchmark document for training and practice for Ayurveda, Yoga, Unani, Siddha and Homeopathic medicine. It is indeed a significant commitment and reinforcement of ongoing efforts by WHO to promote traditional health systems strengthening around the world.
What started with the Delhi declaration in 2012-13 with a consortium of South East Asian countries is now slowly growing into an international collaboration. The Indian government used a country by country approach to sign bilateral agreements, starting with information centres in Mexico, Nepal, Malaysia, Russia and other countries.
United Nations and WHO have over the years looked increasingly towards the traditional systems of health and encouraged governments of member states to direct resources and focus. In the period between 1999 to 2012 the number of member countries who put together national policies on traditional medicine has moved from 25 to 69.
Indian government and WHO have been discussing this for some years now, starting with a possible collaboration discussion in 2006,  followed by establishments of two WHO collaboration centres in India in the field of traditional medicine.
The big push, however, came in 2014, with a resolution initiated by China called “WHO Traditional and Complementary Medicine Strategy: 2014-2023” to help member states build their knowledge base, promote universal health coverage by integrating traditional and complementary medicine into national health policies, regulate products, practices and practitioners related to such disciplines, among other objectives. India had co-sponsored the resolution.
As more and more countries come forward with their policy frameworks to support traditional systems, the contribution of alternate systems will significantly improve towards reaching the goal of Universal Health Coverage. What might be needed is a systematic way of integrating learnings from both western and traditional systems of health to complement each other.
Most importantly, we will need a consensus not to pitch one traditional system against another in a show of one-up-man-ship but to create frameworks for each system to progress independently. In the case of AYUSH, its even more important, as we have five distinct origins of the systems which have many overlaps but not necessarily the same. A focused scientific and holistic approach to nurture each stream is critical.
Another path to avoid, which we have gone on in the past, is to train the AYUSH medical professionals in western medicine to compensate for lack of human resources in the country. That would not only be counterproductive but significantly push the complementary medicinal knowledge out of our already weakening systems.
What we need is to create a systematic engagement plan for the vast number of traditional and complementary medicine providers, to leverage our resource centres across the country which focus on traditional medicinal systems and create a continuing education program to reorient them on the new standards of practice, which will emerge out of this MOU.
In addition, a stronger push to bring products and services for treatment which are today outside the purview of regulation in India would be helpful, particularly in the light of lax quality standards of some products.
Finally engaging the allopathic practitioners and engaging them in the conversation is critical. We cant wish away their apprehensions and desire to control their turf. However, if engaged in a manner where the health sector itself benefits from standardisation and training, the medical community, which is reeling under pressure of doctors/nurses will see the benefit of collaboration.
Lets see traditional medicine as truly complementary to allopathic. And not competition.
Share: