Urban-rural divide in healthcare infrastructure and planning for adaptability 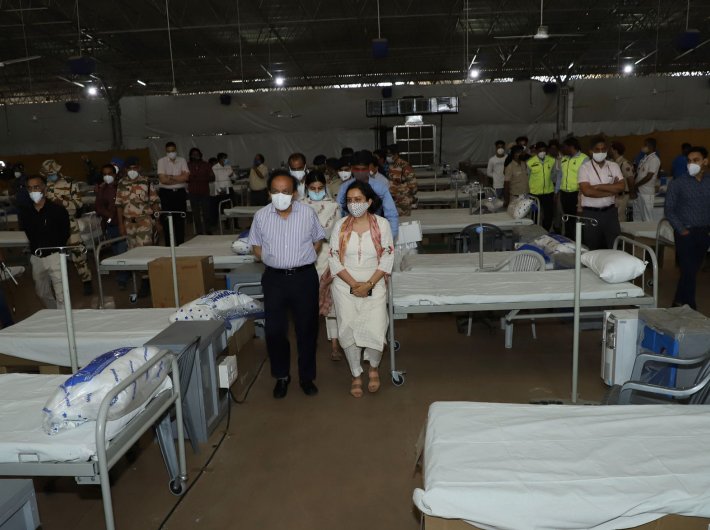 Access to decent healthcare facilities is a basic right of every individual. But it wouldn’t be far-fetched to say that for a majority of our country’s population – the 65% that resides in rural areas – that right isn’t accorded. The rural healthcare infrastructure in India leaves a lot to be desired. And all the critical problems plaguing it became more evident during the pandemic.

In India, the healthcare infrastructure is heavily skewed in favour of urban areas. Rural India accounts for only 37% of the beds available in all government hospitals across the country. There are several challenges that need to be addressed on war footing as the nation witnessed devastating consequences of pandemic outbreak. As rural areas are ill-equipped to cater to the healthcare needs even in the best of times, one can imagine the havoc a pandemic of this magnitude can create in rural areas.

Here are a few pain points in rural healthcare that highlight and perhaps even amplify the urban-rural divide in healthcare infrastructure.

1.    Workforce shortages
India is still behind the WHO recommended doctor-to-patient ratio, which is one doctor per thousand population. The situation in rural areas is much worse. There are several barriers that limit the access to good healthcare for the rural population and workforce shortages are one of the most important among them. A large number of well-qualified doctors are concentrated in urban areas and rural areas are still struggling with non-availability of medical staff. Though the government is taking initiatives to improve the existing rural healthcare infrastructure, the non-availability of good doctors is still a huge concern.

2.    Increased cost to access private healthcare
The same quality of healthcare facilities that may be available to the urban population at a much lesser cost comes at a higher price for the rural population. As many government hospitals are ill-equipped to treat critical illnesses, the rural population is often referred to a private hospital for serious health issues, which again is costlier than public healthcare. The lack of good public healthcare facilities results in the rural population burdened with crippling costs which pushes them back to poverty. It is no surprise that around 24.9 percent of rural households reported their major source of hospitalisation expenditure as borrowings.

3.    Distance and transportation costs
In addition to relying on private healthcare for better diagnosis and treatment, they also have to bear the transportation and accommodation costs. Good hospitals, especially ones equipped to treat life-threatening diseases, aren’t located in the immediate vicinity. The rural population has to cover long distances to access a good hospital. It has been observed that around 14 Indian states have less than minimum density of doctors and nurses/midwives. If the illness is critical, accommodation costs in metro cities mount up and healthcare becomes a costly affair for the already poor rural population. The rural population either ends up postponing treatments or prefers local primary care providers over subspecialists for some respite from exorbitant medical bills.

4.    Lower penetration of insurance
The lower penetration of health insurance schemes in rural areas is another barrier impeding access to good healthcare facilities. The cost of healthcare is higher for the rural population compared to their urban counterparts. Private healthcare facilities are quite expensive and their distribution is skewed towards urban areas. An average rural Indian isn’t aware of the necessity of health schemes. They delay signing up for an insurance scheme for various reasons. Only around 14% of the rural population was covered by health insurance until the government rolled out health insurance schemes for the financially deprived. Low disposable income is one of the key factors contributing to low insurance coverage.

Now that we are acquainted with the problems plaguing the healthcare system in rural areas, let’s understand and consider a few remedial measures that can be taken to fix the existing urban-rural divide in healthcare infrastructure.

1.    Government initiatives to boost insurance coverage
The government has rolled out various initiatives to improve health insurance coverage. ‘Ayushman Bharat’ is a health insurance scheme that provides health insurance of up to Rs 5 lakh per family per year to the beneficiaries. The private and public hospitals empanelled by insurance companies still need to be increased in numbers. While the government is taking steps to ensure better access to healthcare in rural areas, people too must cooperate and take advantage of the schemes introduced for their welfare. The Ayushman Bharat scheme is considered to be a huge success with over 1 crore beneficiaries.

2.    Improve the state of existing primary healthcare centres
While there are public health facilities in rural areas, they lack the infrastructure to cater to the diverse healthcare needs of patients. Low bed strength and lack of critical care facilities are major barriers to be addressed. The primary healthcare facilities in rural areas are not functioning optimally which is increasing the burden on tertiary care facilities. Opening healthcare centres in large numbers is not enough. The centres must be well equipped with doctors and other medical staff along with essential equipment and medicines. Improving the state of existing public healthcare centres can offload burden from private hospitals in urban areas where people throng in large numbers during emergencies.

3.    Leverage technology to provide healthcare
Technology can be leveraged to ensure healthcare access in rural areas. The pandemic saw people relying on telemedicine services in the light of social distancing rules imposed by the government. But this was more prevalent in urban areas. Broadband access in rural areas must be improved so basic healthcare can be delivered remotely even if there aren’t enough doctors and medical staff present in a particular location. People in rural areas can be trained to use preventive medical devices so that blood pressure, diabetes and other such conditions can be monitored at home, ensuring timely diagnosis. Primary healthcare centres must be made telemedicine capable in rural areas. This will bridge several existing gaps and will especially benefit the rural veterans.

A country like India with a dense rural population cannot afford to have its healthcare infrastructure in dilapidated conditions. It is perhaps imperative now, if it wasn’t already, that we do away with the piecemeal approach and take effective measures to stabilize the healthcare system in rural areas. With effective use of technology and efforts aimed at improving the existing infrastructure, the urban-rural divide can be reduced and India can lead the way in providing high-quality, equitable healthcare for its citizens.