Primary care is a team sport 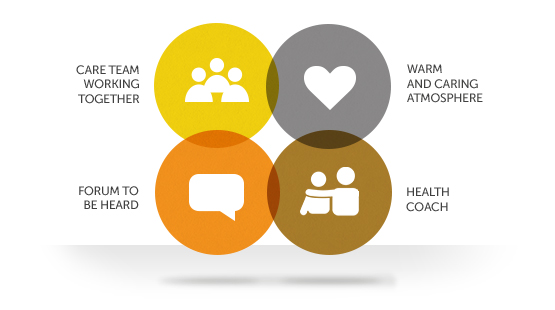 LOOKING AT THE WAY THINGS HAVE BEEN DONE IN THE past only, has limited use for the future. We have worked on models of health for centuries that were right for their time, their technology and the knowledge of the health practitioners. But times have changed significantly. People are suffering from different illnesses now than they were even twenty years ago. The understanding we have as scientists and doctors of complex and obscure parts of the body are far beyond what we could have ever anticipated a short time ago.
Rushika Fernandopulle is one of these visionaries that look at the world for the challenges he can surmount rather than fit in line with the way things are already happening. He co-founded Iora Health and they set out on foundation to challenge the way things were and provide a new way of delivering a sustainable and more effective primary care system.
Their goals were pretty simple –

The change won’t happen overnight, but the more we hear of innovative providers like Iora Health, the more likely this solution will become the norm rather than viewed as something alternative. The effective way that patients are treated doesn’t come from looking at targets and crunching more people through the system in an ever-decreasing amount of time. This just isn’t the medicine that you and I know. The long-term answer is to look at the lifestyle of people and make those simple changes early that will keep them out of high-cost care in the years to come. The industry has a lot of work to do in this area.
At the moment, it feels addicted to the way it currently works.
It is an addiction that it needs to be weaned off.
Stay Tuned!
——-
This post is part of a series on The Healthcare Gamechangers. Read all the stories in this series here.
If you liked this post, you might be interested in my other posts: The Healthcare Gamechangers, Hospitals, a historical perspective and relevance for the future, You are not the Unicorn, You are Awesome, Shoot me if I ever say these things to a startup team, The Doctor is NOT in, the Doctor will see you NOW, and Davos Learnings for my Daugther.
About Ashwin Naik
Ashwin Naik is an entrepreneur with interest in affordable healthcare, social enterprise and healthcare technology. You can also visit his blog to read more.
Ashwin has been recognized as a Economic Times Leaders under 40, Young Global Leader By World Economic Forum, Young Leader by Asia Society, Senior Ashoka Fellow & as a Ted Fellow.